Birds not endangered by Man-Flu

So, I begin writing my first airgun blog - the urge for which, I'll be honest, has been borne out of boredom due to my being laid up and bed-bound with the dreaded man-flu. Putting together an airgun blog was one of my New Year resolutions, however - and with January practically expired, I'm ashamed that I haven't put in the effort earlier.

For we airgunners, 2009 kicked off in quite a shocking manner, with the news that Webley had called in the administrators. Thank the Lord that Webley International has come to its rescue and continued the great gunmaking - and airgunmaking - name... even if the manner in which it's all been done is rather, erm, 'dubious'. I sincerely hope that Webley International succeeds because I've used Webleys for plinking, target shooting and hunting over the years. My first woodpigeon, in fact, was dropped with a Webley Hawk Mk. II when I was knee-high to a grass-hopper. 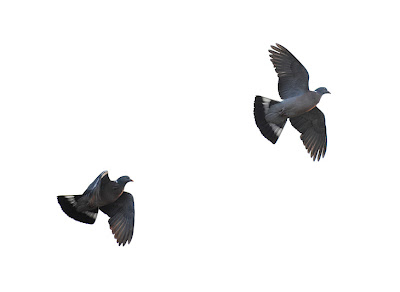 I'd got up before dawn during the summer holidays - it can't have been much past 3 a.m. - and took the bird at 25 yards, standing. It crashed through the thick summer foliage with a mighty din - and it was the first time I heard the reassuring 'thump' that signifies you've scored a perfectly clean kill.

I'll never forget that sound - and I have good reason for it being lodged in my memory. In my excitement, I couldn't remember from which tree I'd taken the bird and I spent ages looking for it amidst a thick carpet of stingers. I gave up... then went back... then gave up again, thinking the bird must have flown off. But that 'thump' kept sounding in the back of my mind, urging me to go back for one more look...

And then, under a completely different tree, there it was. A beautifully plump specimen. I'd got it clean through the neck. I don't recall the pellet, but I think it might have been a Bulldog - certainly a .22, whatever brand it was.

I took my trophy back to the house where I plucked the whole thing for my mother to cook in red wine, with a rasher of bacon over the top. I learned two things: that woodpigeon tastes lovely... and has an awful, awful lot of feathers!

The woodies I'm seeing today, sadly, are from the window of my bedroom. It's as though they know I'm not going to be out and about with my air rifle, and they're mocking me. Let them mock. I take the opportunity to re-affirm their usual flightpaths, what their favourite sitty trees and perch-points are, and where they're foraging for food. I'll have the last laugh in time...

2009 is certainly looking like we're in for a bumper crop of woodies and I've already begun preparations on my shoots. Simple stuff, like re-shaping all the natural hidey-holes that I tuck myself into later in the year, when long daylight hours make for a decent evening's deeking.

There's an abundance of collared doves, too - not just around the farms (where they tend to congregate in the winter months), but also in the fields. I've let their numbers build up a bit of late. But, like the woodies, their squadrons are swelling big-time. As they're not as challenging as their bigger brethren, I'm looking forward to some good mid-range sessions with my Theoben Elan. I've recently re-fitted its original .22 barrel specifically for sub-30 yard pest control - and the collareds will be my first marks.

Like the woodies, I find them tasty, cooked in a red wine sauce and served on mashed potato infused with some black pudding. Of course, it's breast meat only these days. I've long since learned it's a lot easier than plucking a whole plucking bird! 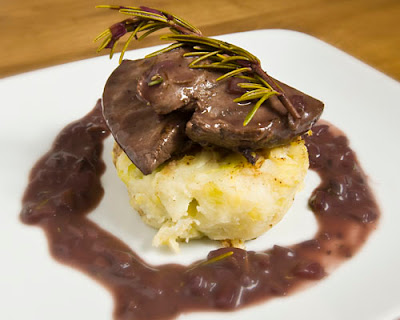 A long 'first' blog. I intend to make the posts that follow far more concise. But at least I've got another New Year's resolution out of the way...

A very warm welcome to...

Get Nige's Airgun Blog (it's free!)

POLL: What is the best camouflage pattern for airgun hunting?

POLL: What is the most effective hunting method for airgunners?

My Blog's brought to you FREE, so if you enjoy its content, a donation would be gratefully received

We're all following Nige's Airgun Blog - are YOU?